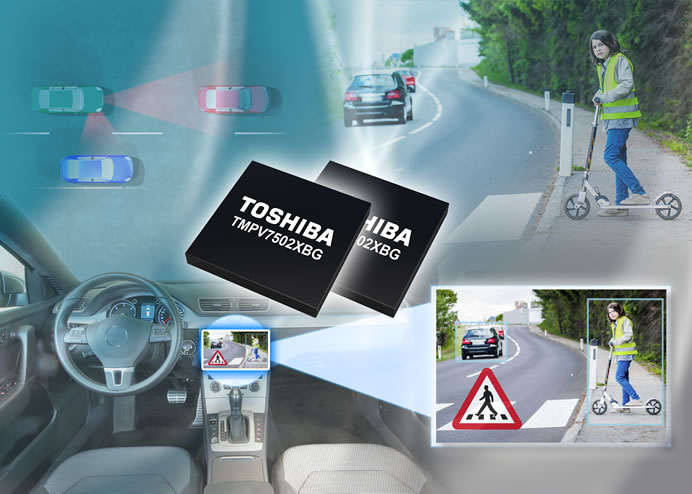 Toshiba today expanded its line-up of TMPV750 image recognition processors series with the launch of the new TMPV7502XBG, designed for small-size camera modules. TMPV7502XBG is assembled in a package measuring just 11mm by 11mm that realizes low power consumption of just 0.6W (Typ.). Toshiba TMPV7502XBG can be used in advanced driver assistance systems (ADAS) that recognize lanes, road signs, vehicles and pedestrians from images collected by cameras positioned around the car and in electronic side mirrors.