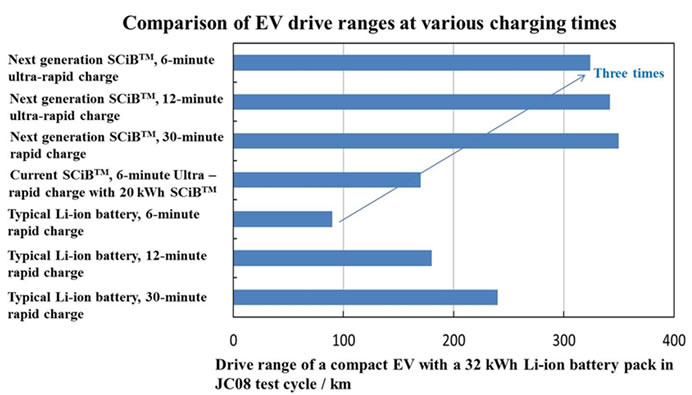 Toshiba today announced the development of its next-generation SCiB, which uses a new material to double the capacity of the battery anode. The new battery offers high- energy density and the ultra-rapid recharging required for automotive applications, and will give a compact electric vehicle (EV) with a drive range of 320km after only six minutes of ultra-rapid recharging—three times the distance possible with current lithium-ion batteries. For its next-generation SCiB, Toshiba has developed a titanium niobium oxide anode material that has double the lithium storage capacity by volume of the graphite-based anodes generally used in lithium-ion batteries.