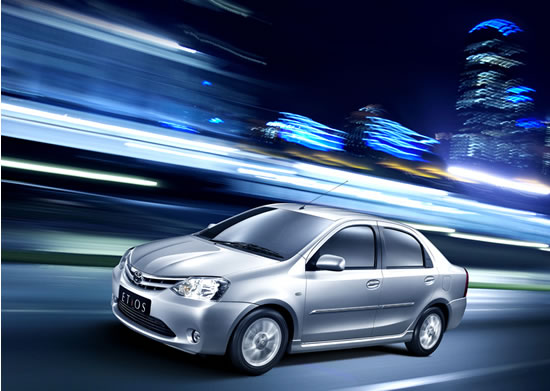 Toyota announced today that Toyota Kirloskar Motor (TKM), its production and sales subsidiary in India, held a ceremony today at Ennore Port near Chennai, India to mark the beginning of exports of TKM-produced “Etios”-series sedans and hatchbacks to South Africa.TKM expects to export a total of 20,000 vehicles a year. In line with its Global Vision released in March of last year, TMC is positioning emerging markets as a priority and is aiming to increase sales in those markets.To match the growth of India’s automobile market, TKM’s annual production capacity is scheduled to increase from its current 210,000 vehicles to 310,000 vehicles in 2013.

The start of vehicle exports from India represents an expansion beyond India’s domestic market for TKM and a commitment by TMC to develop India into a production and supply base for vehicles and transmissions. The ceremony, held as the first South-Africa-bound Etios was loaded onto a ship at Ennore Port, was attended by approximately 200 guests.