Toyota recalls 150,000 Tacoma midsize pickups in the U.S because the spare tires can fall from beneath the trucks

Toyota is recalling about 150,000 Tacoma midsize pickups in the U.S. because the spare tires can fall from beneath the trucks. The recalled trucks from the 2001 to 2004 model years were sold or registered in 20 cold-weather states and Washington, DC. It’s the latest in a string of safety recalls that have plagued Toyota in recent years. Earlier this month, Toyota recalled 2.77 million vehicles around the world, including the Prius hybrid and Corolla compact car, for water pump and steering shaft problems. In October, the company recalled 7.43 million vehicles for faulty power-window switches that can cause fires. 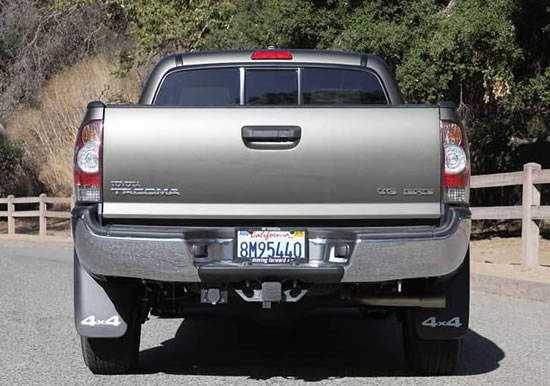 On the Tacoma midsize pickups, a plate used to hold the spare tire under the truck bed can rust after being exposed to road salt for a long time. In some cases, the plate can break and the tire can fall to the ground as the plates weren’t treated properly against corrosion. The problem has caused two minor accidents and no injuries. In each case a tire fell and struck a vehicle behind the pickups. Dealers will inspect and may replace the plates at no cost to the owners.