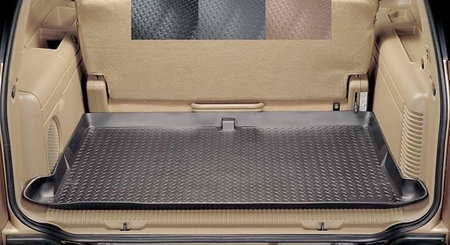 Toyota plans to make vehicle liner material and other interior surfaces from a new Ecological Plastic that features the world’s first use of bio-PET. Starting with the luggage-compartment liner in the Lexus CT200h due at the beginning of 2011, Toyota plans to increase both the number of vehicle series featuring the new material, as well as the amount of vehicle-interior area covered by it, and intends to introduce a vehicle model in 2011 in which Ecological Plastic will cover 80 percent of the vehicle interior.

The epoch-making bio-PET-based Ecological Plastic—developed with Toyota Tsusho—is characterized by enhanced performance (heat-resistance, durability performance, shrink resistance) compared to conventional bio-plastics and performance parity with petroleum-based PET. Ecological Plastic has the benefit of being more carbon neutral than conventional petroleum-based plastics, meaning it can lessen product-life-cycle CO2 emissions; use of it can contribute to a reduction in the use of limited petroleum resources.