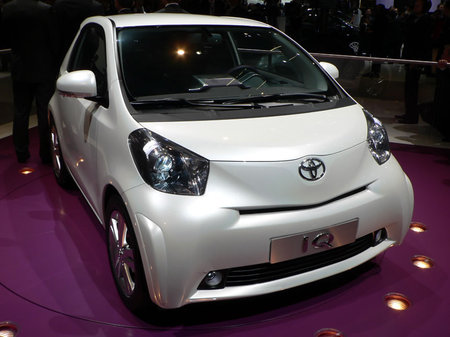 Toyota exhibited the mass-production model of its compact four-seater “iQ” at the 78th Geneva International Motor Show. With a 2,985mm long body and a 2,000mm long wheelbase, the iQ is a compact car designed for urban use. The car features the maximum interior space in its small body.
The iQ will be manufactured at a factory in Japan because the car uses a new platform, but the information on the production plant has yet to be announced. The company expects to score five stars in the EuroNCAP safety test. 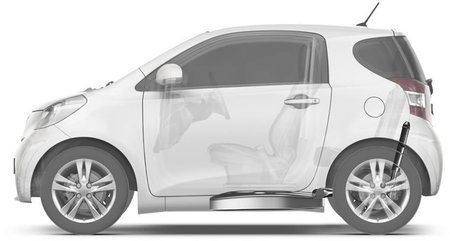 By changing the seat arrangement, the iQ can seat 3 adults. Three adults can be seated in the driver’s seat, the navigator’s seat and the seat behind the navigator’s seat and one child can be seated behind the driver’s seat. Unlike the concept model, the latest version has a split-folding rear seat, which makes it possible to seat three adults while using the rest of the space for luggage. 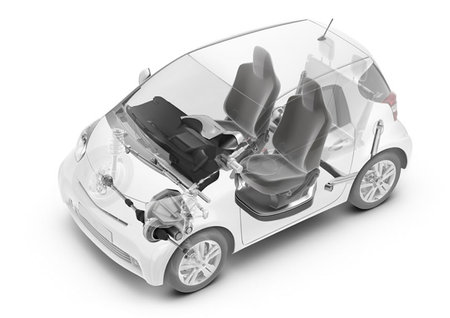 TheToyota iQ is expected to mount a 1.0L class engine in its powertrain. The company plans to reduce the CO2 emission to 99g/km, which is going to the lowest ever in the Toyota portfolio. Although unannounced, prices are expected to start from ¥1,500,000 ($14,500).