Toyota today launched the Pixis Van and Pixis Truck in Japan. The two vehicles are the first commercial minivehicles to be launched under the Toyota brand and will be sold through more than 200 Toyota dealers nationwide. Both the Toyota Pixis Van and Pixis Truck were designed for practical, commercial use, while also providing easy operation and superior environmental performance. Both Toyota Pixis Van and Pixis Truck are fitted with 660cc gasoline engines that offer excellent practicality and fuel efficiency. The vehicles achieve superior environmental performance and conform to Japanese 2007 exhaust emission standards under the Approval System for Low-emission Vehicles of the Ministry of Land, Infrastructure and Transport (MLIT). 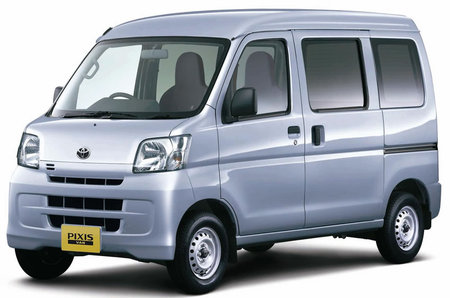