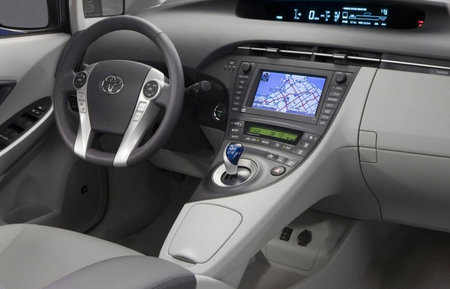 Toyota to recall over 170000 Prius hybrid cars in Japan

Toyota has decided to recall and repair free of charge the latest model of its Prius hybrid sold in the Japanese market due to complaints over brake problems. Subject to the recall are at least 170,000 units of the Prius car, which went on the market last May. Toyota has sold more than 300,000 units of the Prius in about 60 countries. Toyota intends to begin recalls or voluntary repairs outside Japan as well. Toyota has received a number of complaints involving the brakes on the latest model of its popular Prius hybrid car in Japan and abroad. The complaints allege that the car suffers from momentary brake failure when traveling over uneven surfaces, potholes or bumps in the road. Under the recall, Toyota plans to fix the problem by improving the software for the antilock brake system.

The fix can be made at Toyota dealerships in less than an hour. Vehicles manufactured in late January and after already have the updated software. Toyota has reportedly began informing its dealers in the United States about a similar recall plan involving some 100,000 Prius vehicles sold there. Prius recalls would deal a heavy blow to the automaker, which has already recalled millions of vehicles from other product lines around the world over different problems.