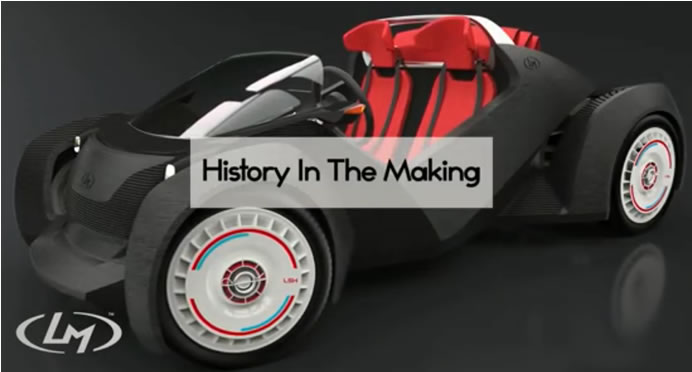 Henry Ford’s assembly line famously transformed the automobile industry in the 20th century – and a new company is hoping to bring about a similar revolution in the 21st, with its recently unveiled 3-D printed vehicle. The company is Local Motors, designers of the Strati. The car was printed in about 44 hours on site earlier this month at the International Manufacturing Technology Show in Chicago. In contrast to the thousands of components in a traditional vehicle, the Strati consist of fewer than 50 parts. Most of its body is built from extruded plastic of the kind that Lego bricks are made of. 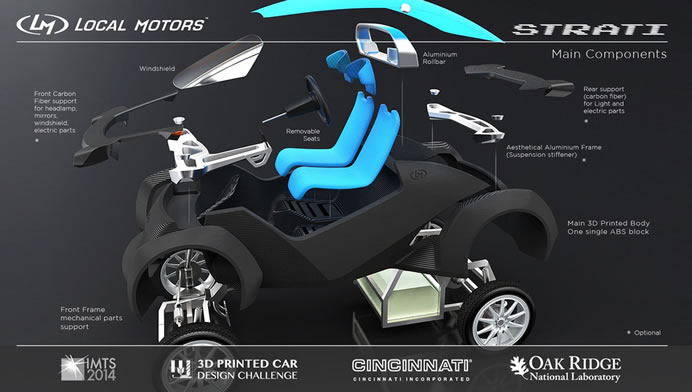 The Strati is a sleek two-seated, roofless electric vehicle that weighs about 2,200 pounds with all its non-printed parts attached. Most of the car was constructed in a shipping container-sized 3-D printer, which used nozzles to squirt layer after layer of a carbon-reinforced thermoplastic to construct the chassis from the ground up. The Strati can reach speeds of about 40 miles per hour and can travel 120 miles on a charge, but a gas engine could also be fitted. 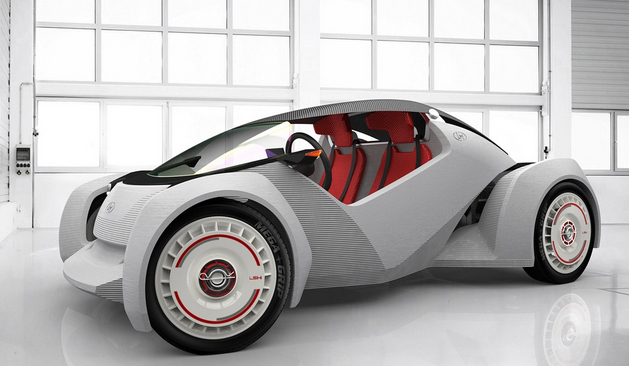 The primary advantage of 3-D printing the Strati is that most of the chassis components are already complete after it comes off the printer. Once the steering wheel, shocks, tires, electric motor are all quickly installed, it can be driven off the lot. Local Motors expects the Strati to retail for about $18,000.
Source:Discover Magazine