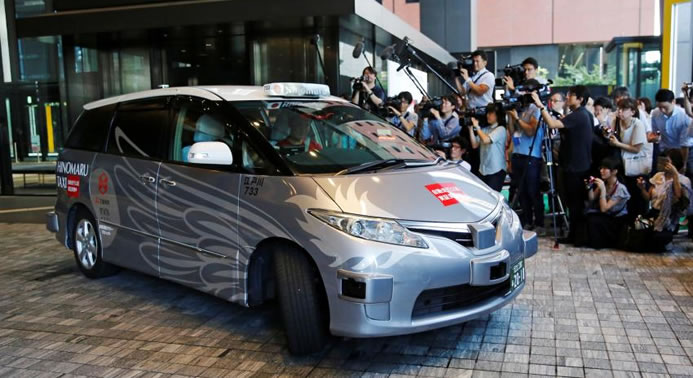 Japanese venture firm ZMP and major taxi company in Japan Hinomaru on Monday began a trial of passenger-carrying autonomous taxi services with an eye on launching the full service around 2020 when Tokyo hosts the Olympics and the Paralympics. ZMP the Tokyo-based developer of autonomous driving technology, and Hinomaru Kotsu are the first in the world to offer autonomous taxi services to fare-paying passengers in the test through Sept 8.

The initiative comes as automakers and other businesses at home and abroad compete in the development of autonomous vehicles. General Motors and Waymo, a spinoff of tech giant Google, have started tests on public roads in the United States, while Nissan Motor Co and DeNA Co conducted tests on a ride-hailing service in Yokohama in March. 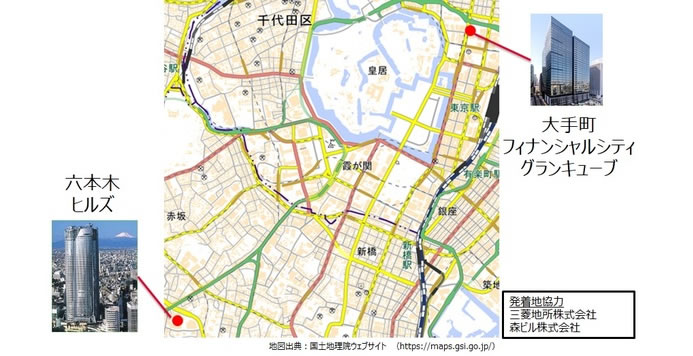 In the trial a minivan equipped with sensors and other autonomous technologies makes four round trips a day between commercial facilities in Tokyo’s Otemachi and Roppongi districts, which are about 5.3 kilometers apart. The autonomous technology will start, stop and turn the vehicle but a driver and an assistant will be on board to ensure safety. Passengers solicited in advance will unlock the door and make payments through a smartphone app, paying 1,500 yen for a one-way ride. 45-year-old Tokyo resident Toshima Ward is the first passenger who boarded the first autonomous taxi on Monday morning.