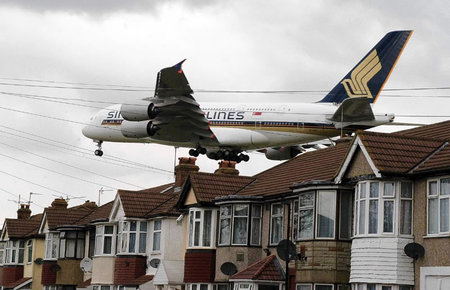 World’s biggest passenger plane touched down at Heathrow yesterday at the end of its first commercial flight to Europe. Carrying 471 passengers paying up to £7,000 each, the Singapore Airlines Airbus A380 – built in France but kept in the air by British-built wings and engines – was greeted when it touched down after a 13-hour, 44-minute flight from Singapore by a water cannon salute from Heathrow’s own firecrews. Heathrow, which had spent more than £100 million to accommodate the A380 that will now operate on a daily basis between Singapore and London 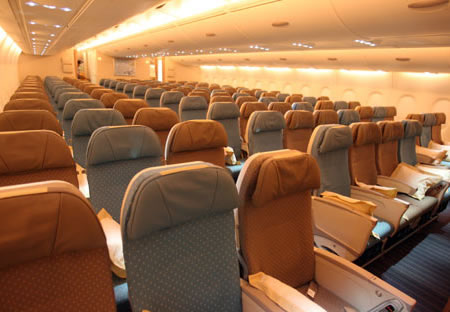 Emirates will start A380 services to Heathrow in December and Australian carrier Qantas is also expected to use the superjumbo to fly to London. In the future, British Airways and Virgin Atlantic will be flying the A380 at Heathrow, where both terminal three and the new £4.3 billion Terminal 5 can take the new aircraft.