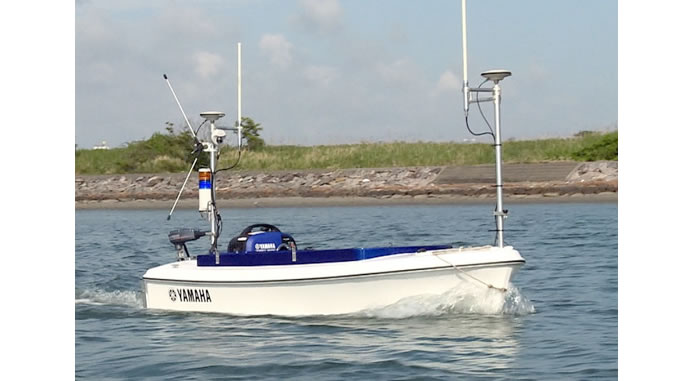 Yamaha Motor announced today the development of the Breeze10, an autonomous unmanned compact electric survey craft. Breeze10 is an electric FRP craft approximately three meters in length. The Unmanned Boat has been developed to enable easy mounting of measurement equipment such as narrow multibeam sonar which is increasingly popular in measurement work, including domestic dam silt level measurement. The Breeze10 uses GNSS (a satellite positioning system) positioning data and azimuth angle data, which allows unmanned autonomous navigation and supports improvements in efficiency and labor-saving efforts for surveying the beds of bodies of water using sonar etc. 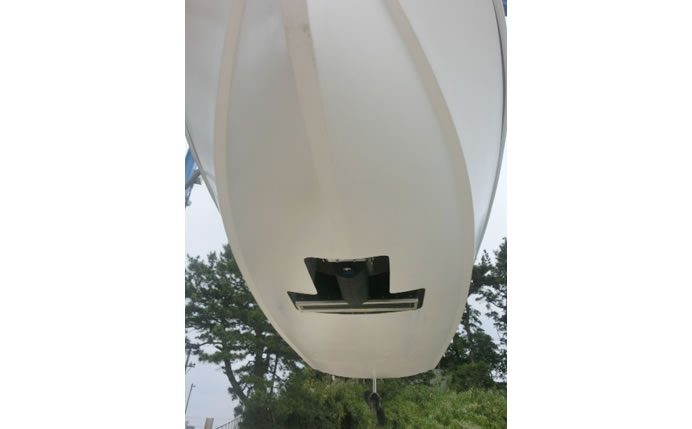 Operation of Breeze10 in shallow locations is also possible due to the special-purpose hull fitted with a Yamaha Motor marine electric motor. As well as featuring the mounting of narrow beam sonar, the ability to carry one occupant, and having a long operating time, its compact design means that Breeze10 can even be transported in some minivans. Thanks to a lithium-ion battery and an on-board compact generator, you can operate it for 6 hours continuously. Yamaha Breeze10 is designed to support sounding work such as measuring the sediment levels of dams, and will commence business rentals principally aimed at commercial surveyors in August 2016.