Yamaha today announced the release of the new TRICITY 125cc automatic transmission commuter model. Yamaha TRICITY is Yamaha Motor’s first multi-wheeled production vehicle that represents Yamaha’s long-term vision of a growing world of personal mobility. Developed under the concept of a New Standard City Commuter model, the new TRICITY achieves the same ease of operation characteristic of an automatic transmission motorcycle, and is the first in what will be a series of vehicles using Yamaha’s new LMW design with the aim of creating a new category in the commuter vehicle market.

The new model features: (1) both light, agile and sporty handling and a feeling of stability for a whole new kind of enjoyment; (2) a comfortable feeling to the ride in a variety of road conditions; (3) a high level of utility as an urban commuter model; (4) a powerful and economical liquid-cooled 125cc engine with Yamaha’s YMJET-FI fuel injection system and; (5) a distinctive design that takes advantage of the unique twin front wheels to create a vehicle that is innovative and advanced but familiar in feeling at the same time. 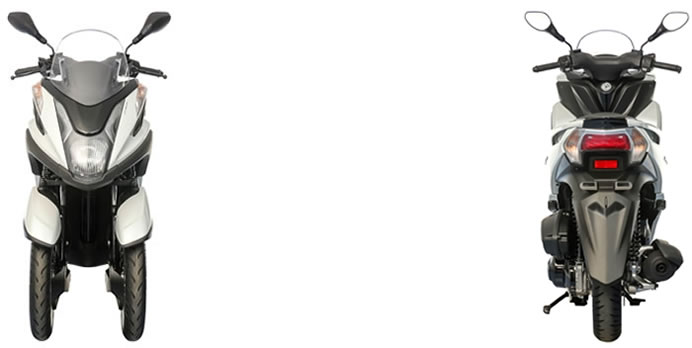 The TRICITY is a global model that will be manufactured in Thailand, and plans call for sales to begin in Europe and Japan as well before the end of 2014.The new model will be launched on the Thai market in April 2014.