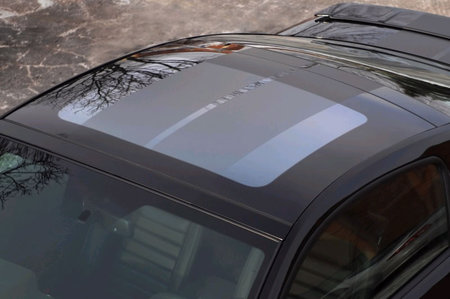 A one-of-a-kind 2008 Ford Shelby GT500KR will go on the block at this year’s Barrett-Jackson auction: the only “King of the Road” model to feature a full glass roof. Continuing a Ford and Shelby tradition of charitable giving, proceeds from the auction will benefit the Juvenile Diabetes Research Foundation (JDRF). The 540-horsepower Ford Shelby GT500KR on the block at Barrett-Jackson is a unique rendition of the most powerful factory-built Mustang ever. Shelby GT500KR production began in Las Vegas on Jan. 11, Carroll Shelby’s 85th birthday.

The one-of-one ebony black GT500KR up for auction will feature the same full glass roof that is being offered as an option on the 2009 V-6 Mustang and Mustang GT models only. The glass roof provides a third roof option for customers and responds to their growing desire for more natural light.

The tinted glass reduces both infrared rays and vehicle cool down time by 50 percent. While the Shelby GT500KR coupe features racing stripes over the roof, the unique glass roof on the auction model features stripes etched directly into the glass.