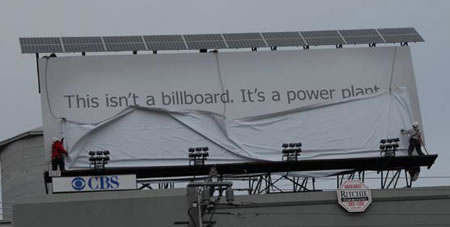 Following in the footsteps of billboards in Canada and Africa, a California electricity provider says it installed America’s first solar-powered billboard that makes more electricity than it uses. Using a Fronius IG 3000 grid-tie inverter, the renewable energy is converted to alternating current (AC) power and fed into the electricity grid. 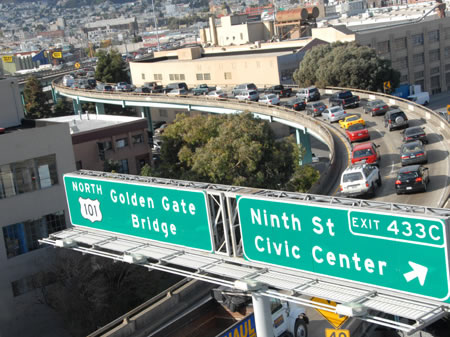 The billboard — topped off with 20 solar panels — is located at 1000 Brannan St. in San Francisco, and is visible from the Highway 101 9th Street exit. On sunny days, the sign converts sunlight into about 3.4 kilowatts of energy, which is almost enough to power the household of an average U.S. family of four during the day. Zelwer said the billboard generates about 2.5 kilowatts of energy during cloudy days.

PG&E’s new solar-powered billboard isn’t the first in the world, as both Canada and Africa already have them. But Zelwer said it is the first in the Americas to actually push power onto an electrical grid, like ones in Africa do