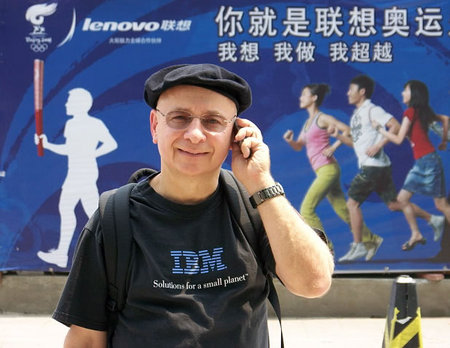 Lenovo today unveiled a marketing program designed to introduce the company’s personal computers, people, values and involvement in the Beijing 2008 Olympic Games to a global audience. As Worldwide Partner of the Beijing 2008 Olympic Games and the Olympic Torch Relay, Lenovo will provide more than 30,000 pieces of computing equipment and nearly 600 engineers and technicians to support the successful management of the most complex sports event in the world. Lenovo has also created Internet lounges for athletes, trainers, media and other members of the Olympic family near competition venues. Leading with the tagline “Powering the World’s Biggest Idea,” Lenovo will build brand awareness through worldwide advertising, online programs, and on-site activities at the Olympic Games.

Visual elements featured in the Lenovo Olympic marketing programs include PC product images that convey the company’s core mission, a stylized light bulb that embodies the current advertising campaign and the cloud motif used in the Lenovo-designed Olympic Torch, appearing in the five colors of the Olympic rings.