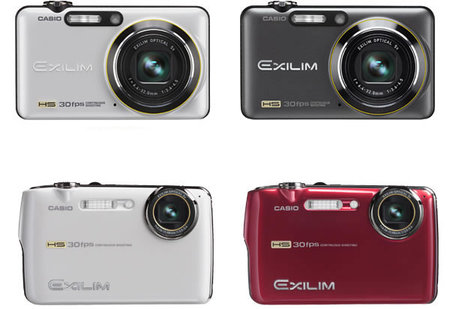 The Casio EX-FC100 and the EX-FS10 features a new function called Ichioshi (most recommended) shot.
The Casio EX-FC100 weighs 145g and EX-FS10 119g. Both camera with 32MB built in internal memory are compatible with SD/SDHC cards. Both the cameras will be launched in Japan first by Feb end.