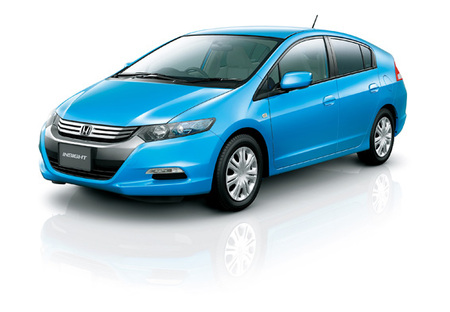 Honda announced that the Committee of Japan Automotive Hall of Fame had awarded its Car of the Year 2009-2010 to the Insight hybrid vehicle. Honda Insight combines outstanding environmental performance based on Honda’s original hybrid system with a fun, responsive driving and an efficient, versatile packaging. In addition, pricing starts at an affordable ¥1,890,000 ($20,900). Enthusiastically received by customers, in April 2009 the Insight became the first hybrid vehicle to achieve the status of the best-selling automobile among new vehicle registrations in Japan in a calendar month.