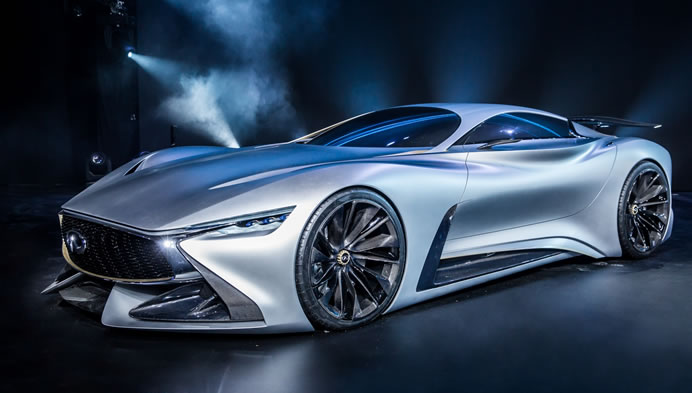 
The Infiniti Concept Vision Gran Turismo is a project that started as an ambitious global Infiniti Design competition to “design a pure Infiniti GT car”. The winning model was born from the theme put forward by Infiniti’s Design team in Beijing. Part beauty, part beast, its shape is powerful, sensual and audacious – a mix of a track machine and the dream of our Chinese design team to create an ambitious racing language for Infiniti. 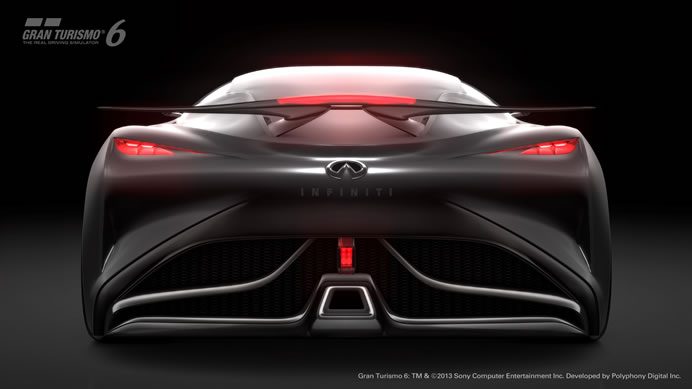 The process of developing the design of the Infiniti Concept Vision Gran Turismo started with hand sketching, then refined digitally, refined again by hand sculpting, and then returned to digital for final refinement. This project went much further than being a mere design exercise. It included thorough examinations and calculations of technical features such as aerodynamics and engine performance. 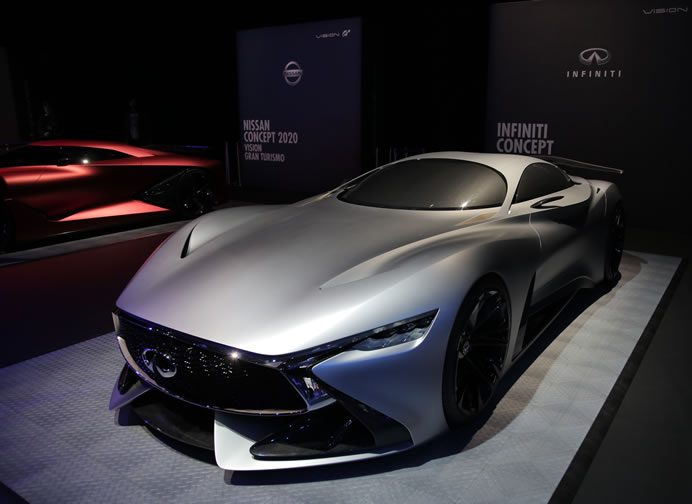 The front mid-ship/trans-axle powertrain enables the finely distributed 45:55 front/rear weight balance that fills users with the joy of driving by actively drifting the rear. As for aerodynamics, the under-floor airflow control, front and back diffusers, and uniquely shaped rear spoiler enable this car to demonstrate high performance without compromising the impact of the body design. 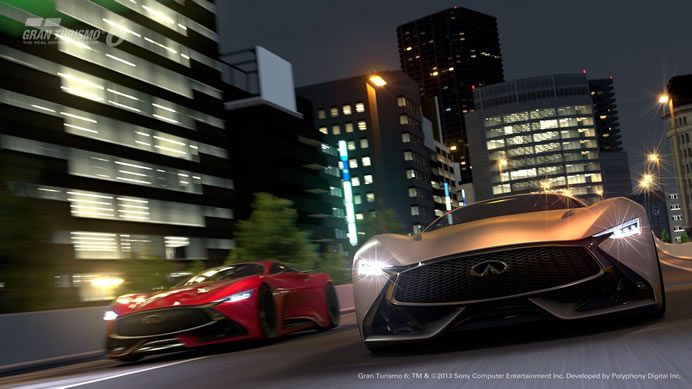