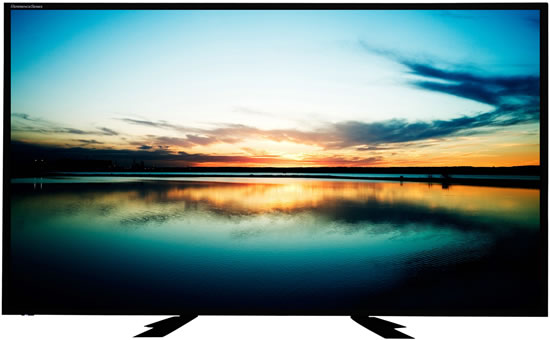 Developed specifically for rigorous commercial use, the monitors feature an IPS LCD panel with 120Hz refresh rate and 10 bit color depth. Housed in a slim bezel with a 178 degree viewing angle, the edge-lit LED Illuminated monitors produce vibrant, natural images from a variety of HD and 4K input sources, including HDMI 1.4a (single cable 4K up to 30p) and HDMI 1.3 (four cable 4K up to 60p). Other features include audio I/O for the built-in 15W speaker and a table base. Both monitors are compatible with the 3840×2160 60p signals provided by JVC’s popular GY-HMQ10 4K compact handheld camcorder. The PS-840UD and RS840UD are backed by a three-year parts and labor on-site warranty, and are supported by JVC Professional’s technical support team. The PS-840UD 4K panel has a suggested list price of $14,000. The RS-840UD has a suggested list price of $13,500.