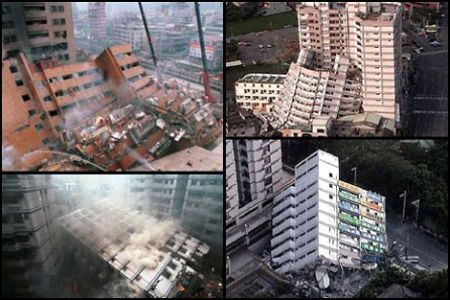 Kyocera today announced that it has adopted the Earthquake Early Warning System which is supported by data from the Japan Meteorological Agency at all of its Japan locations in order to reduce the amount of injury and damage in the event of a large-scale earthquake. Starting January 6, 2009, a total of 50 Kyocera business locations, including the headquarters building, 9 factories, 10 offices and 22 sales branches will be equipped with the warning system.

The system, which will be installed within each business location, is linked to Japan Meteorological Agency seismographs that can detect and send out warnings concerning the estimated arrival time and magnitude of an earthquake before it reaches a given location. Kyocera will also carry out emergency response training for its employees, and will strive for the reduction of injury and damage in the event of an earthquake.