LG will unveil its new range of Smart TV products at CES 2011 in Las Vegas. With functions that make it easy to access the full array of premium online content and LG Apps, the selection includes FULL LED 3D TVs, a CINEMA 3DTM TV, and a Plasma 3D TV. One of the features that make LG Smart TV so easy is its simple, uncluttered Home Dashboard. With just four main sections – TV Live, Premium Content, TV Apps and Launcher Bar – the Home Dashboard ensures that viewers are never more than a few clicks from Smart TV’s practically limitless content.

While many remote controls have become as cluttered with buttons as PC keyboards, LG has gone the other route and stripped the remote down to its absolute basics. With the Magic Motion Remote Control, viewers just need to move a cursor onto a desired option and click to activate their choice. LG’s Smart TV also provides instant access to an outstanding range of content, both from premium global providers such as Netflix and CinemaNow and specially selected regional content companies. LG’s Smart Share function allows users to wirelessly stream content from their PCs and other compatible devices for viewing on their television screen. 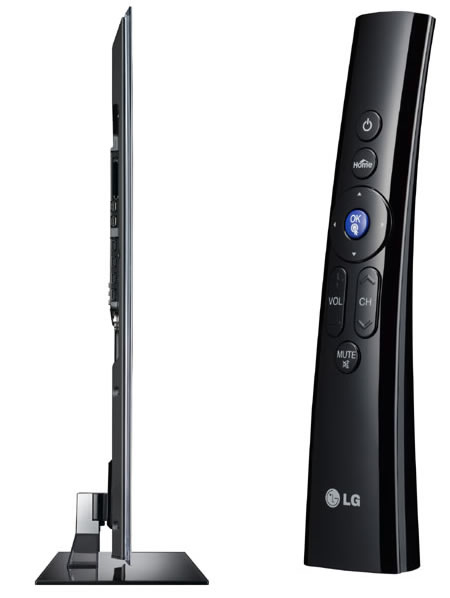