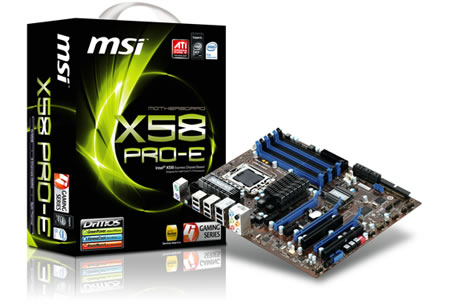 MSI launched the new X58 Pro-E to satisfy the top-category of gamers and overclockers. The MSI X58 Pro-E equips a set of unique designs like Split Thermal system and True Blu-ray audio to create a new highlight in price-performance.In order to satisfy the demand of Blu-ray HD movie, MSI X58 Pro-E is using the ALC889 audio chip, which does not only support 7.1 audio channels, but also True Blu-ray Audio decoding.

With the 7.1 audio channels and the outstanding audio technology, you can enjoy true Blu-ray level audio entertainment, which has clear, distinct high sounds, and a pounding bass of low sounds.