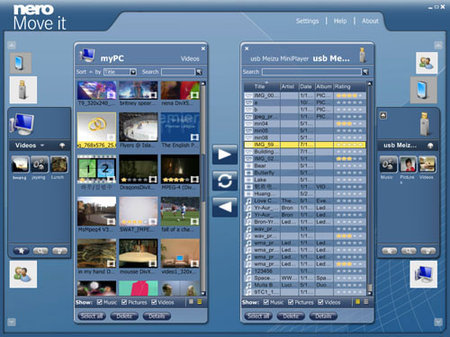 NVIDIA today announced that NERO has released an update to its Nero Move it software that reduces video encoding time by up to five times by utilizing NVIDIA’s CUDA computing architecture built inside select NVIDIA Graphics Processing Units (GPUs). NVIDIA CUDA technology dramatically reduces the time it takes to transfer video files to portable devices, while freeing up the CPU to perform other tasks.
Supporting all formats for music, videos and photos, Nero Move it lets you enjoy your multimedia files on the most popular portable and mobile devices, and take control of your digital media library.

CUDA is Nvidia’s GPU computing architecture for massively parallel processing. The first Cuda GPU was introduced in November 2006 with the GeForce 8800 and has been in every new GPU since, with more than 118 million Cuda-enabled GPUs in the market today. Nero Move it is currently available worldwide with a suggested retail price of $49.99 USD and via online download from the Nero Online Shop at www.nero.com.