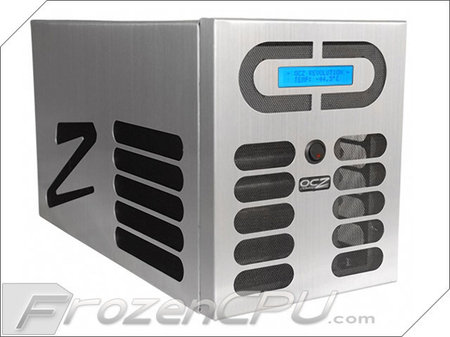 OCZ Cryo-Z is an advanced cooling solution for the extreme overclocker using phase-change technology to achieve sub-zero temperatures at the CPU. The Cryo-Z is developed with optimal user-friendliness in mind, including the insulation of the cooled parts as a necessary precaution against condensation. The built-in temperature monitoring and control circuitry keeps the temperature at a steady level of -45 to -50 degree Celsius at the nozzle. If the temperatures fall outside a predefined range, the system will automatically be shut down by the Cryo-Z control unit. 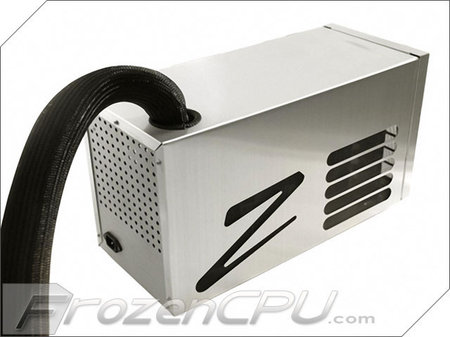 The same control unit also pre-chills the system and automatically turns on the computer once a temperature of approximately -30 degree Celsius is reached. If the compressor and condensation units are reaching a critical high temperature threshold, the Cryo-Z will automatically initiate a shut-down sequence of the computer.