Olympus announced two new additions to its WS Series line of audio recorders– WS-852 and WS-853. The WS-853 and WS-852 combine enhanced recording capabilities with the new True-Stereo Mic, which positions two directional microphones at a 90-degree layout to capture a realistic stereo feeling that can spatially discern the position of the speaker in meetings and conferences. The new Intelligent Auto Mode function makes it easier than ever to capture clear recordings by automatically adapting the microphone’s sensitivity according to the recording environment and the volume of the speaker. 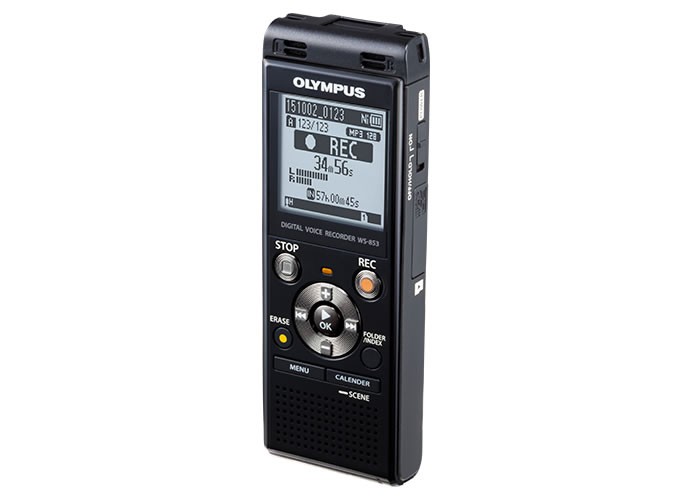 The Olympus WS-853 features Voice Balancer which enhances quieter voices and ensures that louder voices stay below a given level, providing playback where everyone can be heard clearly. Additional noise-cancellation technology reduces unwanted background noise such as air-conditioner or projector fan noise to let the most important elements of the recording come through. A built-in stand on the back of the slim, ultra-portable recorders props them up for easy display viewing, menu access, and noise reduction of unwanted sound pick-up on the surface. Telephone Recording and Duplication are new scenes that can be used in combination with optional accessories to easily record or duplicate telephone conversations and dub cassette tapes. 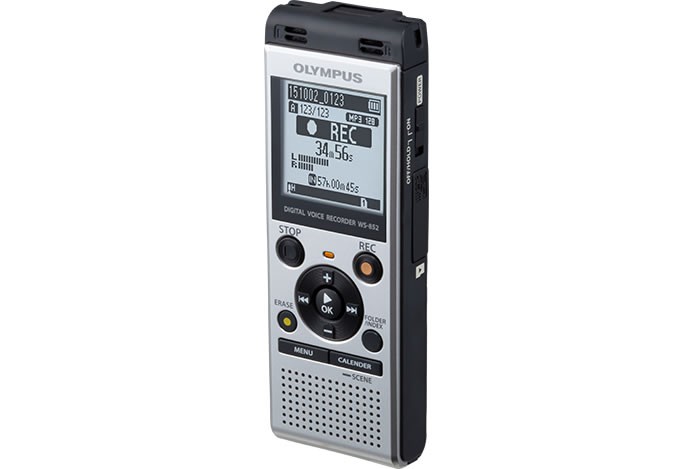 The silver WS-852 features 4GB of internal memory and up to 1040 hours of recording in MP3. The Piano Black WS-853 offers 8GB of internal memory with 2080 recording hours in MP3 recording format. Both WS Series recorders provide an impressive 110 hours of battery life and connect directly to the computer with a built-in USB for the seamless transfer of recordings. The WS-853 also includes two AAA rechargeable batteries that can be charged via the USB port. Olympus WS-852 and WS-853 digital audio devices will be available in September for $59.99 and $79.99 respectively.