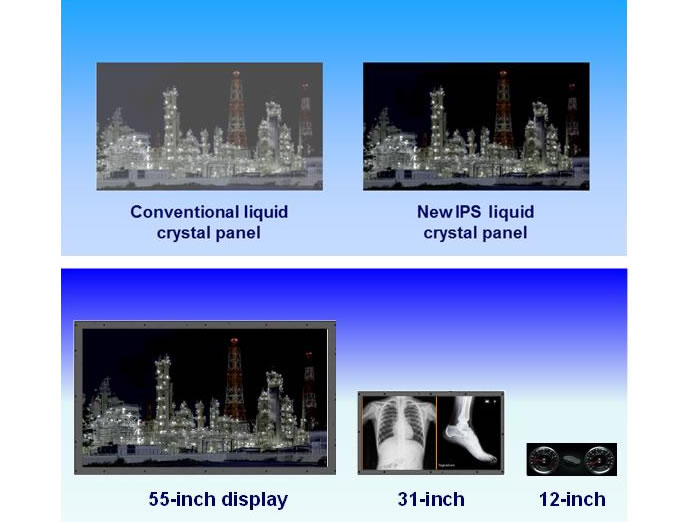 Panasonic today announced that its subsidiary Panasonic Liquid Crystal Display, has developed a new model of its IPS liquid crystal panel that achieves a contrast ratio of over 1,000,000:1, which is 600 times that of conventional liquid crystal panels. The new IPS panel is ideal for use in professional-use High Dynamic Range (HDR) monitors for broadcasting stations and video production studios. HDR displays can reproduce images that are faithful to what people see, ranging from bright light to jet-black darkness. Conventional liquid crystal panels, with a contrast ratio of approximately 1,800:1, suffer black floating in dark parts when the backlight intensity is increased, and they suffer a loss in sparkle in bright parts when the backlight intensity is lowered.

Panasonic’s new high-contrast IPS panel uses newly developed light-modulating cells, which operate based on the operating principle of liquid crystals, and these cells are integrated into the display cells. As a result, it is capable of controlling the amount of backlight entering the display cells pixel by pixel, thus achieving a contrast ratio of 1,000,000:1.This achieves a faithful and high-grade video display, ranging from dazzling light to pitch-black. The new panel can be manufactured using the existing equipments for liquid crystal panel manufacturing. Sample shipment will start in January 2017.