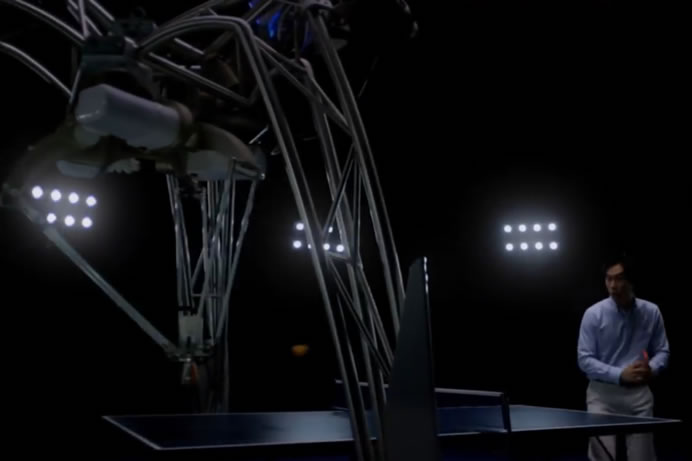 About 550 companies and organizations from Japan and overseas are showcasing their latest IT and electronics products at the CEATEC JAPAN 2014, which opens to the public today. A robot from Omron that can play ping pong is one of the star attractions at a high-tech trade show being held near Tokyo. The Omron ping-pong robot recognizes the opponent’s standing position and paddle position to analyze the position of the ball three-dimensionally and to predict its trajectory. Based on this data, the robot is controlled at high speed and with high precision. Unless these separate operations are synchronized and controlled at 1/1,000 of a second accuracy, the robot ends up missing the ball. 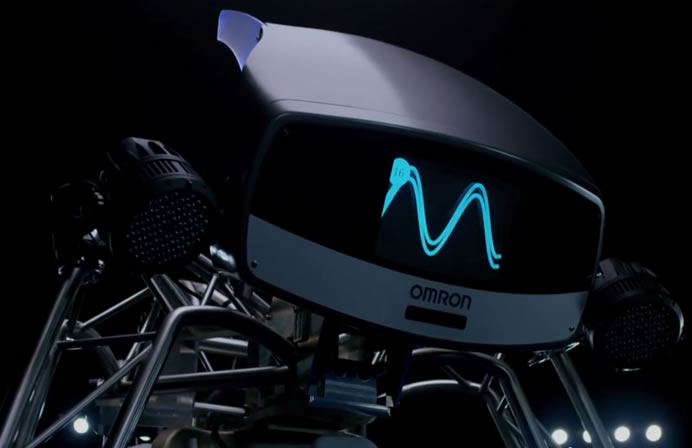