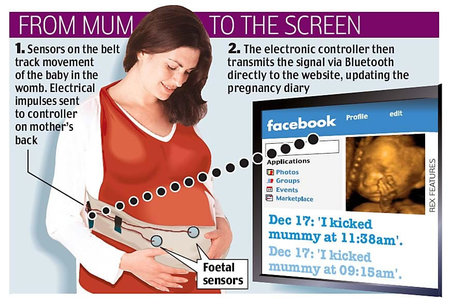 Now expectant mums can share the feeling of little feet kicking inside them with their friends on internet networking sites, such as Facebook. The Kickbee sends a signal to a computer every time the baby moves, with a message such as: ‘I kicked mummy at 11:38am.’ The stretchy pregnancy belt can also monitor how often the baby kicks and send updated messages if the foetus is particularly active. The device can already send updates to the messaging website Twitter. Future versions will use sites such as Facebook as well. The stretchy pregnancy belt, which is still at the prototype stage, was developed by PhD student Corey Menscher, of New York University, after his wife became pregnant. 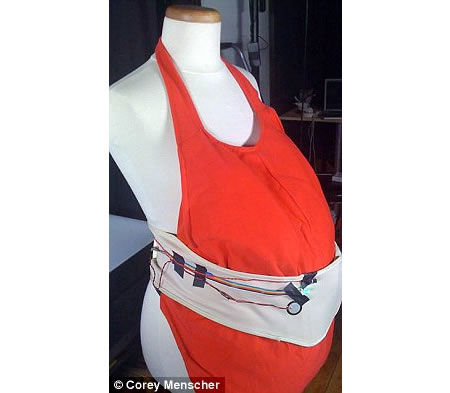 The belt could also provide a serious medical use by monitoring the child’s development in the womb and warning mothers if their child suddenly stops moving. The invention uses sensors to track the movement of the foetus in the womb. The belt’s microcontroller then transmits the signal directly to the website using wireless Bluetooth technology.
Source:-