Worried Chinese shoppers stripped stores of salt in Beijing, Shanghai and other parts of China on Thursday in the false belief that it can guard against radiation exposure, even though any fallout from a crippled Japanese nuclear power plant is unlikely to reach China. The panic buying was triggered by rumors that iodized salt could help ward off radiation poisoning – part of the swirl of misinformation crisscrossing the region in response to Japan’s nuclear emergency. The rumors have traveled widely. Text messages on mobile phones have circulated about nuclear fumes spreading from Japan throughout Asia. Rumors also spread that radiation has leaked into the sea from the Fukushima Daiichi nuclear power plant in Japan, so salt taken from the sea – not the primary source of salt in China – would be contaminated.

Other rumors have triggered similar responses elsewhere. Drugs stores and health food shops in Russia’s Far East and British Columbia, Canada, have reported shortages of iodine pills, despite health officials insisting that potassium iodide is not anti-radiation. “Consult your doctor before taking iodine pills. Do not self-medicate!” the WHO wrote on its Twitter page Monday evening. The statement has done little to avert packs of 14 potassium iodide pills from attracting bids of up to $540 on eBay. 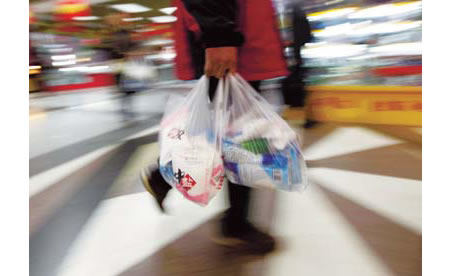 China’s seawater, as a source of salt, would not be affected by radioactive leaks following explosions at Fukushima, the country’s marine environment watchdog said Thursday. Still, the wave of panic buying spread across provinces from eastern Zhejiang to southern Guangdong to western Sichuan and even the far northwestern Xinjiang Uygur autonomous region. Prices of salt jumped five-fold or 10-fold in some cities