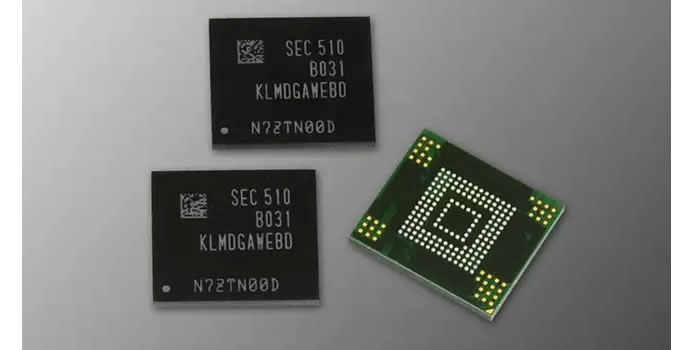 The new 128GB eMMC 5.0 delivers 260 megabytes per second (MB/s) for sequential data reading, which is the same level of performance as that of MLC NAND-based eMMC 5.1 memory. For random data read and write operations, it can handle up to 6,000 IOPS (input/output operations per second) and 5,000 IOPS respectively, which is sufficient for supporting high definition video processing and advanced multi-tasking features. These IOPS speeds are approximately four and 10 times faster, respectively, than those of a typical external memory card. With the new 3-bit eMMC 5.0 line-up, Samsung has extended its 3-bit NAND business from SSDs for data centers, servers and PCs to the entire mobile memory storage market.