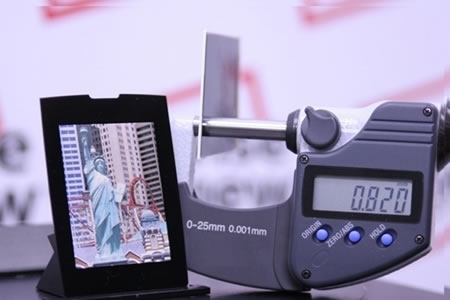 The new world’s slimmest mobile LCD screen from Samsung Electronics is 0.07mm thinner than the panel previously reported to be the world’s slimmest. The new LCD screen is no thicker than a credit card at 0.82mm and is available in 2.1 inch-diagonal and 2.2-inch-diagonal screen sizes. The new Samsung mobile LCD screen features qVGA (240 x 320 pixels) resolution, 300nit brightness and a 500:1 contrast ratio. For the new LCD panel integration Samsung has developed a new mobile technology called, “i-Lens. 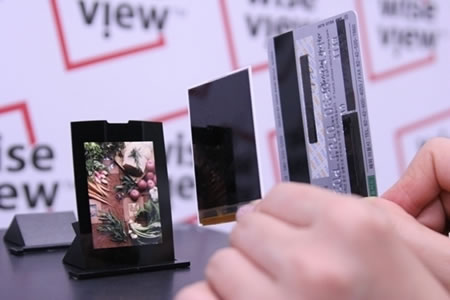 The new technology allows integration of the entire panel assembly, including a protective layer, into a single, thinner module that is more shock-resistant and easier to read than conventional panels. Mass production is scheduled to begin in the second half of 2007.
Via – Newlaunches