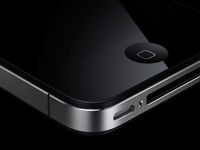 San Francisco police helped Apple search for a lost item, following reports saying that a prototype of Apple’s yet-to-be-released iPhone 5 had gone missing in July. Last week CNET reported that an Apple employee lost at a tequila bar in San Francisco in July a prototype of iPhone 5, expected to be released in September or October. The San Francisco Police Department said in a press release that after the missing device was tracked using GPS technology to a San Francisco house, four police officers and two Apple employees visited the home. The two Apple employees met the 22-year-old resident identified by SF Weekly as Sergio Calderon and searched his home for the lost item. They did not find the prototype of iPhone 5 at his house. Sergio Calderon told the newspaper that he has visited the bar where the phone was reportedly lost but he did not have the device.

Calderon said the search of his house took place in July when police had traced the phone to the house using satellite positioning software on the device, but did not find anything in the house. Apple has declined to comment on the matter. Last year, an employee of Apple lost a prototype iPhone 4 in a Redwood City bar before it was released.
The Lost iPhone 5: More Questions Than Answers