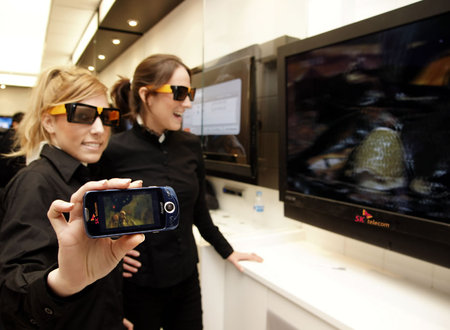 The Mobile World Congress for 2010 opened Monday in Barcelona with more than 1,300 companies in attendance showcasing their latest products and technologies. However, the world’s biggest handset maker Nokia and even Apple did not participate in the global event. The absence of these giants is giving chances for South Korea’s most powerful handset maker Samsung Electronics and telecom carriers such as SK Telecom and KT Corp. to further showcase their edge in technology. SK Telecom has introduced mobile 3D TV technology for the first time in the telecom industry at the show and its brand-new 3D switching technology is also drawing keen attention from the participants. 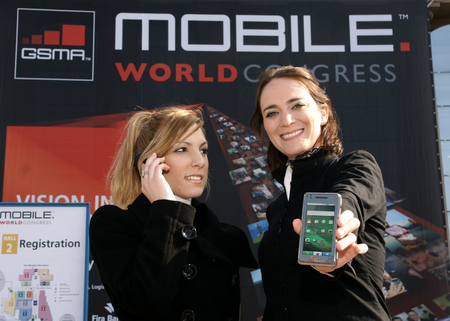 Samsung is the only major South Korea-based handset firm to show its presence at the annual mobile telecommunication show. Its local rivals LG Electronics and Pantech decided not to go to Barcelona. Samsung has released its first phone equipped with its own mobile operating system called Bada.