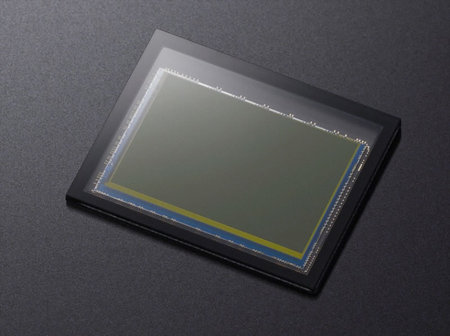 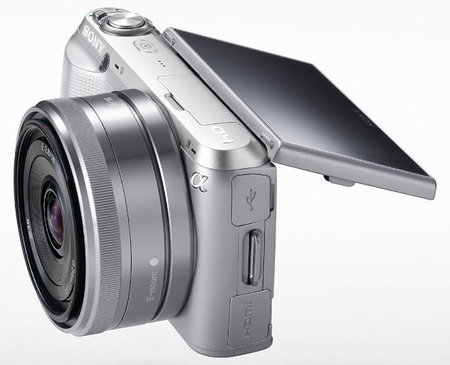 Tilting for comfortable viewing at any angle, the high contrast 3-inch (measured diagonally) Xtra Fine LCD features TruBlack screen technology for high-contrast images with rich, deep blacks. This is an ideal way to compose shots and judge the effect of adjusting picture settings, even when viewing outdoors in bright sunlight. 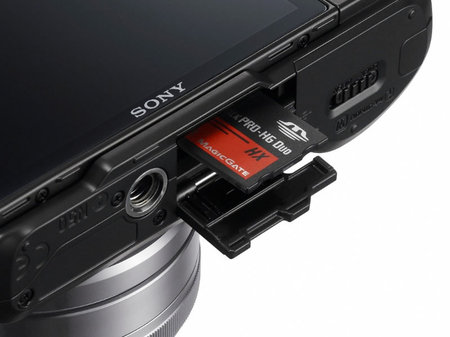 The new Sony NEX-C3 camera is also compatible with Sony’s full line of SD memory cards, including the newest Class 10 versions, as well as the Memory Stick PRO-HG Duo HX series. Available in capacities up to 32 GB, both media enable higher read speeds for more stable and optimal performance by Sony hardware features such as high-speed burst shooting or HD movie shooting.

The intuitive new Photo Creativity interface on the NEX-C3 camera puts sophisticated controls within easy reach, whether users are shooting stills or HD Video. A traditional interface with Aperture/Shutter Priority, Manual and custom functions is always available for experienced users, along with highly customizable soft-keys for programming direct access to important controls.The NEX-C3 works even harder to capture amazing images and HD video between battery charges. Improved energy efficiency boosts battery life to a generous 400 still shots per charge – a more than 20 percent increase from the both the NEX-5 and NEX-3 cameras. 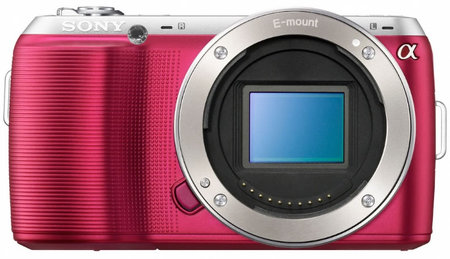 3D Sweep Panorama mode captures extra-wide images that can be viewed in 3D on a 3D television with compatible 3D glasses. The new Sony NEX-C3 ultra-compact digital camera will be available this August in silver, black and pink with an 18-55mm kit zoom lens (model SEL1855) and will cost about $650. It will also be offered in black only with a 16mm lens (model SEL16F28) for about $600.