Panasonic’s robot Evolta will attempt a timed triathlon in Hawaii starting from Oct. 24. Three Evolta robots — a swimming version, a biking version, and a running version — will try to cover a combined distance of 230 kilometers within one week. In the Hawaii triathlon, the swimming robot will have to travel 3.8 kilometers, the biking robot 180.2 kilometers, and the running robot 42.2 kilometers, the same distance as a human participant. While humans are given a time limit of 17 hours, it was decided to give Evolta about ten times the time limit because it is about one-tenth the size of a human. This will be the first challenge in which Evolta will swim. 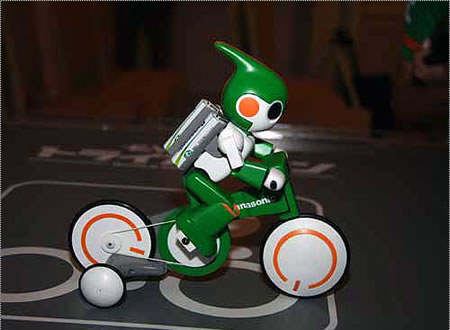 It will be the fourth such stamina challenge for the robot and Evolta batteries. Evolta has already scaled the Grand Canyon in the United States, taken part in a 24 Hours of Le Mans challenge in France, and traveled the “Tokaido Gojusan Tsugi” (the 53 stations of the Tokaido), a path going all the way from Tokyo to Kyoto. 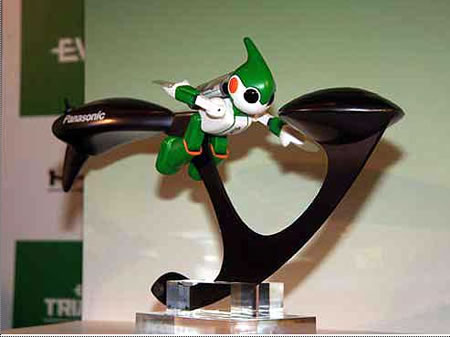