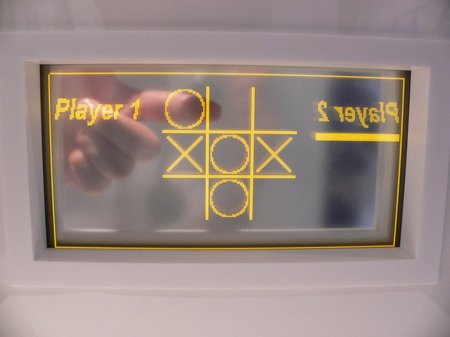 Teraokaseiko, manufacturer of high quality digital scales, scale printers, weigh-wrap systems etc exhibited a touch panel display which can be operated by touching either side of the display at Sign & Display Show 2008, at Tokyo. In addition to finger movements such as tapping and sliding, the touch panel display recognizes the movement of pinching also. The pixel count of the inorganic EL panel is 256 × 120. It is an orange monochrome display. The light transmittances of the inorganic EL panel and the touch panel attached to it are both 80%. The display has a transmittance of 51.2%. 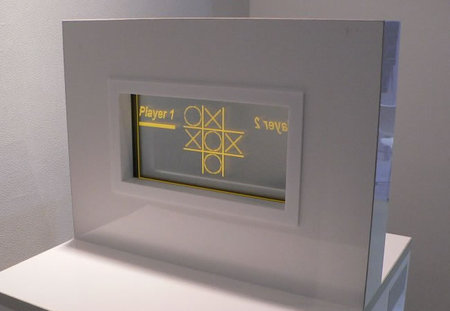 The display was made by attaching a resistive touch panel to the both sides of a transparent inorganic EL panel developed by Teraokaseiko. The display can be used to play games, mapping software etc.
Source:-