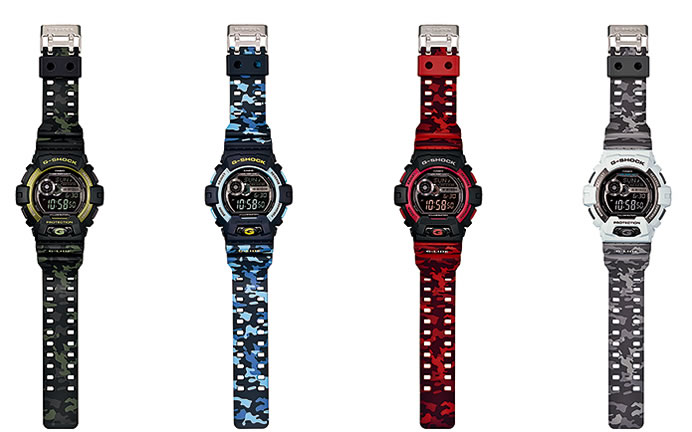 Casio announced today the release of the GLS-8900CM lineup of new models in its G-SHOCK G-LIDE lineup of shock-resistant watches designed especially for extreme sports. In terms of functionality, these new models are built to withstand temperatures as low as minus 20 degrees Celsius, making them a great fit for skiing or snowboarding. They are also equipped with a dual stopwatch that allows the user to time two competitors at once, featuring precision of 1/100th of a second and a capacity of 1,000 hours. In addition, Casio designed each model with a large watch face and high-luminance LED light so that users can immediately check the time, even when outdoors doing sports.

The G-LIDE lineup of G-SHOCK watches are specially made for extreme sports, including models equipped with a tide graph function tailored for surfing and body board enthusiasts for Summer G-Lide series, and models built for the low-temperature resistance faced by skiers and snowboarders for Winter G-Lide series. With the release of the new GLS-8900CM lineup, Casio is offering G-LIDE models featuring popular camouflage watchbands and a dynamic design that stands out against any fashion—even colorful ski/snowboard wear.