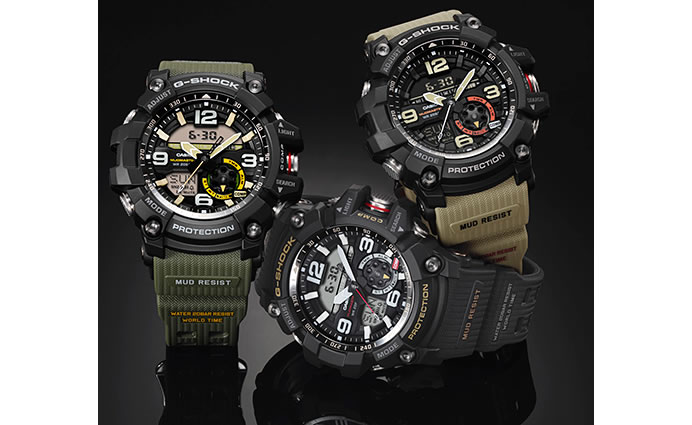 Casio announced today the latest addition to its line of G-SHOCK watches with a dust and mud-resistant structure able to withstand the harshest land environments- GG-1000. The Casio GG-1000 features twin sensors to measure temperature and compass bearing. The G-SHOCK MUDMASTER, the GG-1000, features temperature and compass bearing sensors and is constructed to withstand the dirt, dust and sand of harsh environments.

Large dedicated buttons give the user quick access to compass bearing and temperature readings, which can provide crucial information in rescue situations. A new bearing memory function continuously displays the direction reading relative to the user’s initial setting of the traveling direction to the 12 o’clock position. This helps users keep moving in the right direction even in low-visibility environments. 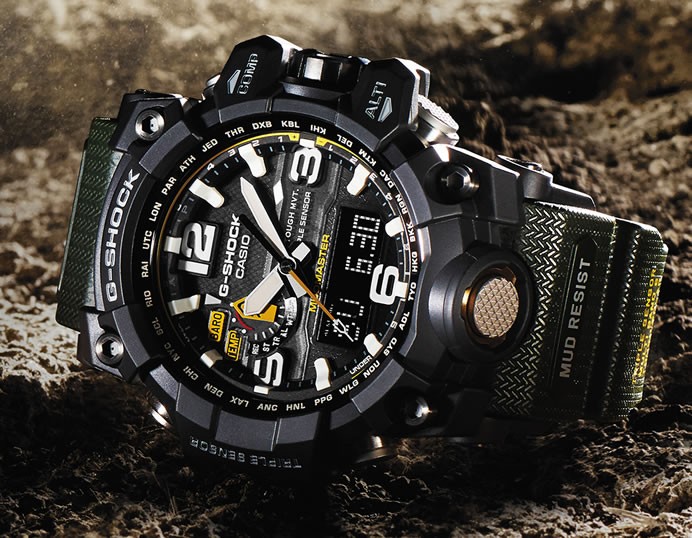 The mode indicator at the four o’clock position features a dial indicator styled like a sprocket, part of the military-inspired styling. The GG-1000 is an ideal G-SHOCK for tough missions in the harshest land environments. MUDMASTER is a brand in the Master of G series designed for land, sea, and air, and has earned a strong following for the ability to withstand extreme conditions anywhere on earth.