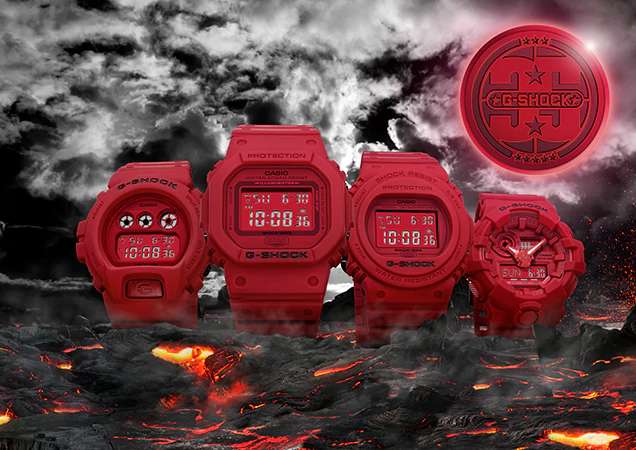 2018 will mark 35 years since G-SHOCK first revolutionized timekeeping with its innovative toughness back in 1983. To mark this milestone, Casio announced the release of the RED-OUT commemorative collection of four G-SHOCK models in all red to symbolize the G-SHOCK brand. The 35th anniversary RED-OUT collection features an all-red matte color scheme achieved using a new coating technology that incorporates particles into the paint, creating a lusterless red finish. The LCDs are also red, and black metal parts including case backs and strap keepers serve to accentuate the red theme of the watch. 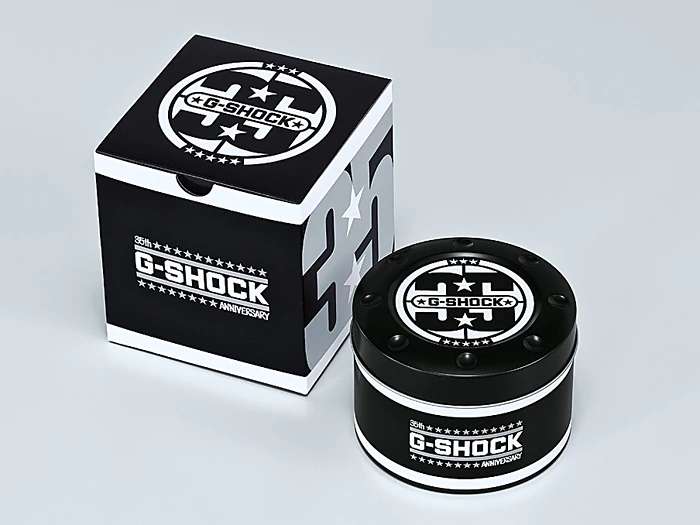 The RED-OUT collection boldly embodies the G-SHOCK identity, which has kept evolving for the past 35 years in constant pursuit of toughness and will keep delivering new value in the years ahead. 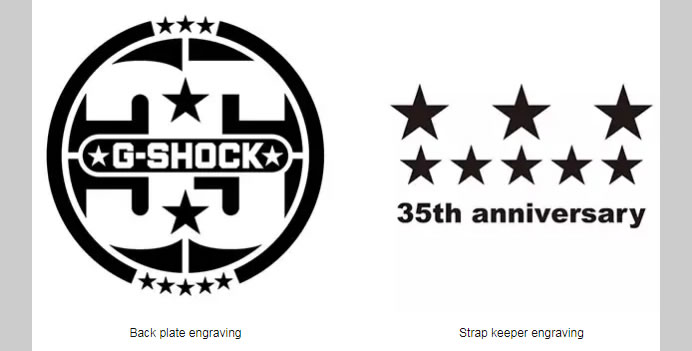 The case backs of these models are engraved with the G-SHOCK 35th anniversary logo designed by Eric Haze, the world-renowned graphic artist, while the strap keeper is emblazoned with a star emblem that signifies 35 years. 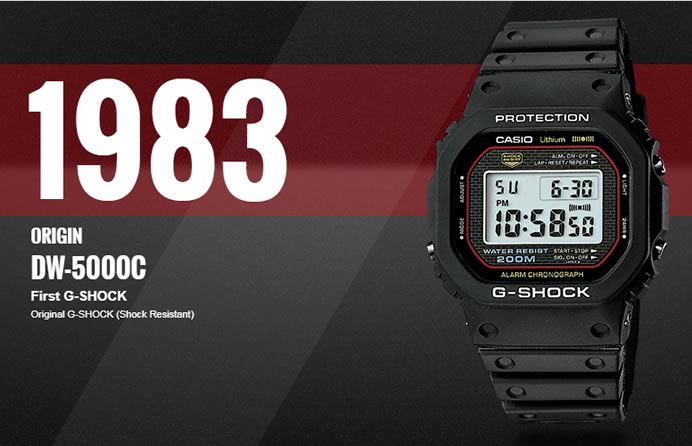 The development of G-SHOCK began in 1981 when an engineer dropped and broke his watch, sparking the desire to create a rugged watch that would not break even if dropped. After two years and over 200 prototypes trying to create a completely new kind of watch, the first G-SHOCK model with a shock-resistant construction was released in 1983.

The Four Models of the RED-OUT Collection:- The DW-5635C has a square watch face in a nod to the heritage of the first G-SHOCK model. The DW-5735C is based on the DW-5700, an early G-SHOCK that was popular for its round case with digital LCD. The DW-6935C is based on the DW-6900, which is the basis of many G-SHOCK collaboration models. The GA-735C features a bold oversized case.