Today marks All Systems Go, as Casio G-SHOCK pays homage to NASA and the Space Shuttle with its second custom DW5600 timepiece. The commemorative DW5600 honors decades of space exploration and is designed for watch collectors and space enthusiasts in commemoration of the 40th anniversary of the first Space Shuttle launch, the OV-102 STS-1 mission on April 12th, 1981. 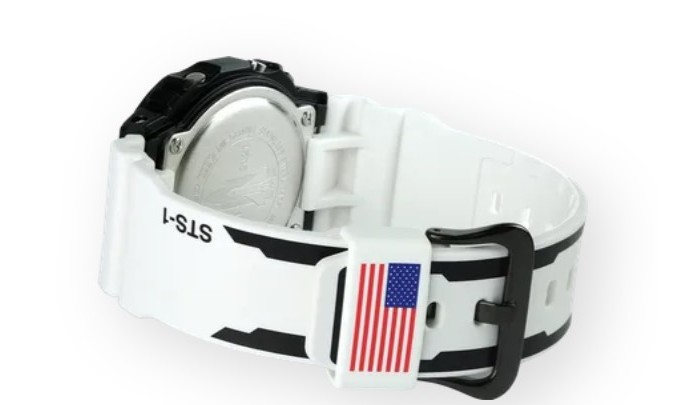 The new limited-edition timepiece comes in a black and white case and band combination to bring forth the aesthetic of the OV-102 space shuttle. Design elements include a minimalist white dial with red NASA logo, stainless steel case back with an engraved silhouette of the shuttle, an American flag printed on the band loop and black ion-plated buckle.

The G-SHOCK commemorative NASA timepiece utilizes the DW5600’s iconic case shape and features, plus a one-of-a-kind EL backlight graphic that displays the shuttle silhouette and the years 1981 – 2021 when illuminated. 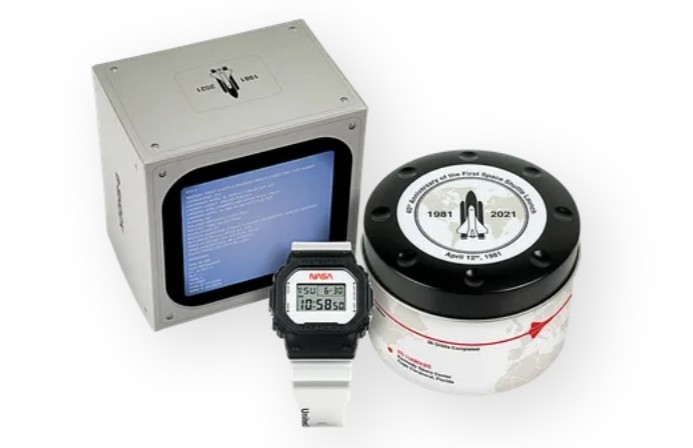 In addition to the commemorative design elements, the new model comes equipped with time tested G-SHOCK technology. This timepiece arrives in custom packaging with an outer box which reflects STS-1 Mission statistics and an inner tin that depicts the mission’s 2-day orbit around the earth.

Pre-sale of this DW5600 will officially begin at 7:00:03 AM EST to mark the exact timing of the orbiter’s lift off from launch pad 39A.