Japan Display has developed exclusively for Virtual Reality a VR head mounted display (VRM-100), with an LCD panel. With VRM-100, the VR monitor unit with high definition LCD panel and a gyro sensor, using VR goggles allows people to view high definition VR movies in their PCs. The attached VR goggles are made so they are detachable, since they are so easy to clean, they can be used, even in an environment where multiple people use them, such as in stores or at exhibitions, in a hygienic manner. 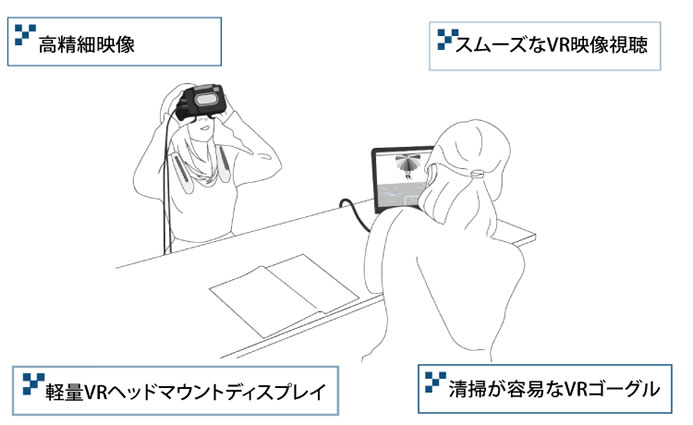 The VRM-100 measures 175 × 98 × 116mm, weighs 336g and for the time being it will be sold in limited number to developers in Japan. Japan Display will start accepting orders from December 3rd (Mon.). VRM-100 is scheduled for shipment from middle of December. The product is for Japanese market only.