Japanese software maker Westunitis will launch one of the world’s lightest glasses-type information devices in July-inforod. Inforod weighs only 48 grams. The device can be used to see how to use equipment or a certain part of a product and learn about procedures when they look at it through displays of the glasses. The Osaka-based company, founded in 1991, plans to market the inforod to medical institutions and manufacturers as the product is aimed at reducing the risk of making errors in complicated work. 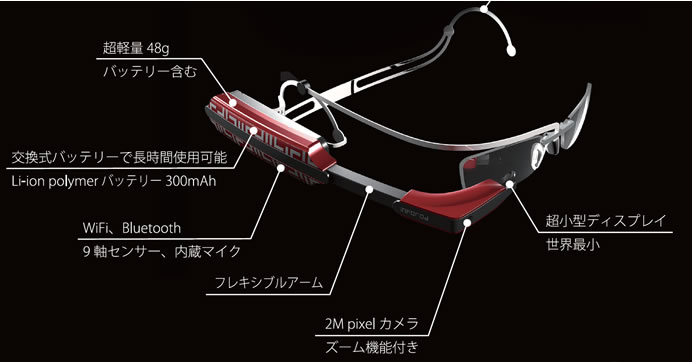 Westunitis also hopes to sell the product to individual and overseas customers by enabling Internet search. The inforod will be available for approximately ¥135,000 ($1317). The company aims to sell 5,000 units in fiscal 2014, which end in March 2015, and 10,000 units the following fiscal year.
Wearablelaunches:-