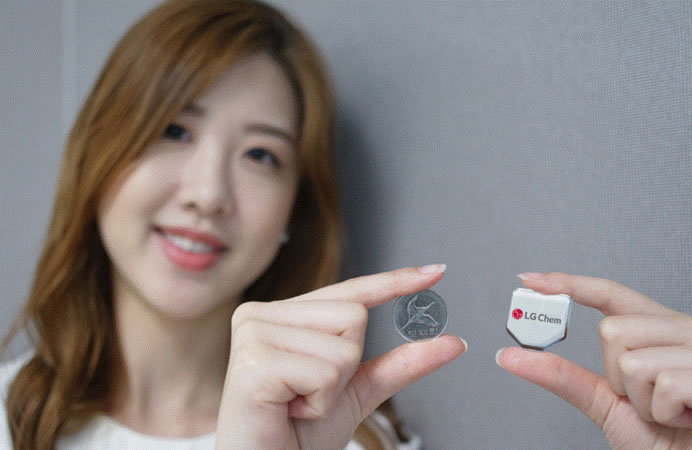 LG Chem, chemicals arm of LG conglomerate today announced that it has started shipping hexagon-shaped batteries to global consumer electronics firms in order to help them promote their smart-watch business. The LG hexagonal batteries are manufactured inNanjing, China and will be primarily used in upcoming smart watches. The LG hexagonal battery is the result of closer cooperation with a top-tier technology company and is the first in the industry. The hexagon-shaped battery improved storage capacity by 25 percent compared with rectangular batteries. This means users will have four hours more for their smart watch. But iPhone designer Apple and LG Electronics were not partners in the battery’s development, sources.

As more IT companies will introduce smart watches with a rounded surface design from the latter half of this year, the demand for hexagonal battery will be great. Samsung plans to introduce its upgraded smart watch at this year’s IFA technology fair in September. LG and other leading Chinese tech companies will also exhibit their latest smart watches at the trade show. Gartner, a market research firm, expects smart watches to make up at least 40 percent of wearable devices by next year. LG Chem plans to introduce batteries of various shapes, including an L-shaped one or a rectangular model with a hole in the middle.