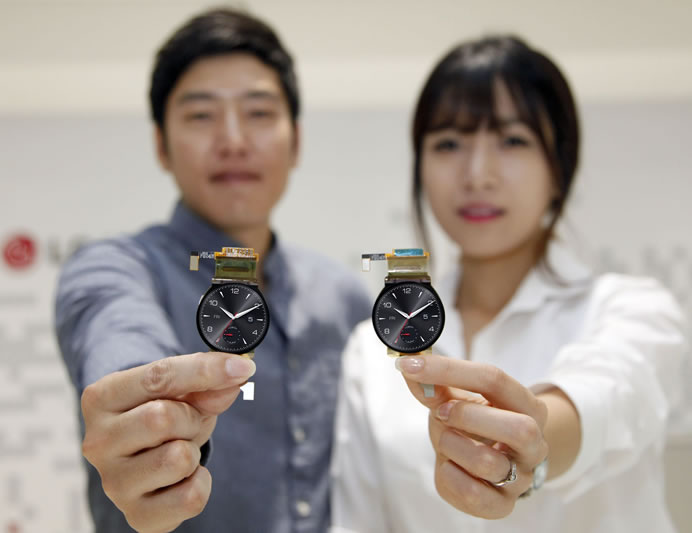 LG Display has started mass production of the world’s first circular Plastic OLED (P-OLED) display. With a 1.3-inch diameter, the new innovative display is perfectly round and allows the LG G Watch R to have a full watch face, while promoting ease of use since the screen area is 57 percent larger than that of a square display of the same size. 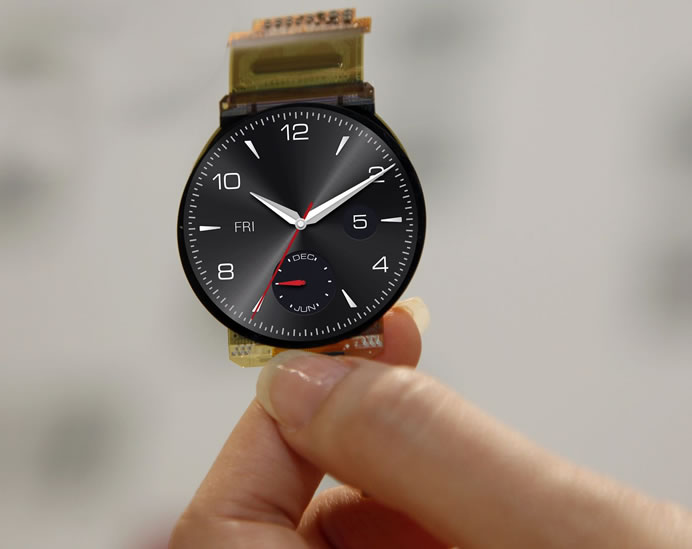 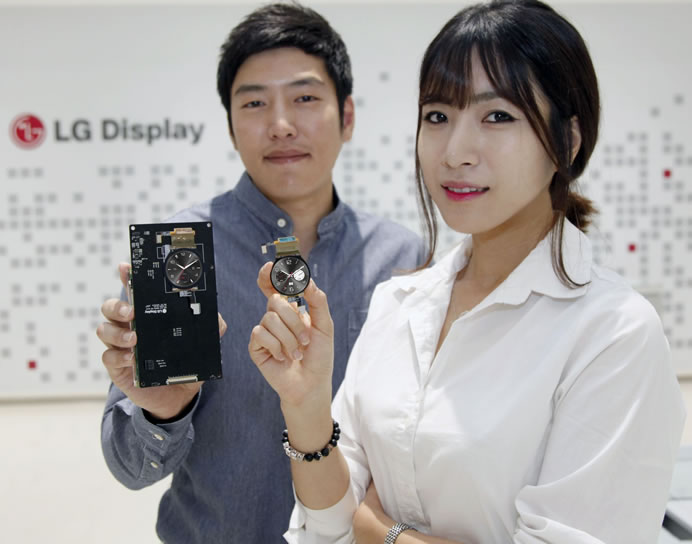 The cutting-edge display will be used for the LG G Watch R to be showcased at IFA 2014 in Berlin, opening a new era of wearable devices by bringing innovative and stylish designs to such devices. LG Display aims to realize the original intentions of wearable devices by enabling the screen to be turned on at all times while using the least amount of power with the Power Save Mode (PSM), which enables the screen to retain the same resolution–even without a power supply–from the power integrated circuit.
Source:Wearablelaunches