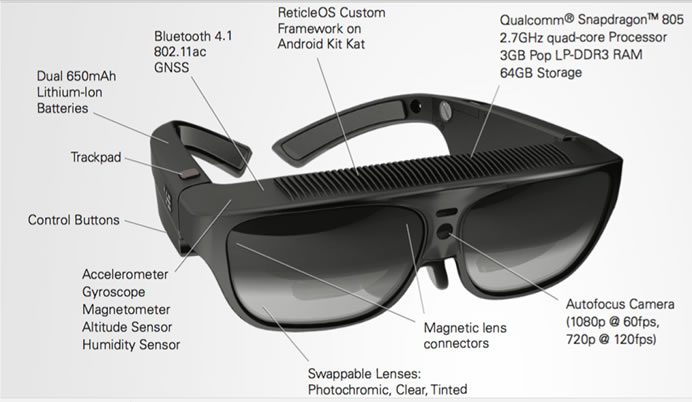 At CES 2017 today and ODG announced that R-8 and R-9 will be the first announced devices powered by the Qualcomm Snapdragon 835 processor, which uses 10-nanometer (nm) FinFET process technology to enable a new generation of premium consumer devices in small form factors with breakthrough performance and superior power efficiency. R-8 is ODG’s first consumer mobile AR/VR smartglasses, targeted at the consumer early adopter, and R-9 is for a wide variety of wide field-of-view (FOV) experiences from light enterprise, to prosumer media consumption, and as a development platform for sophisticated mobile AR/VR and smartglasses applications. 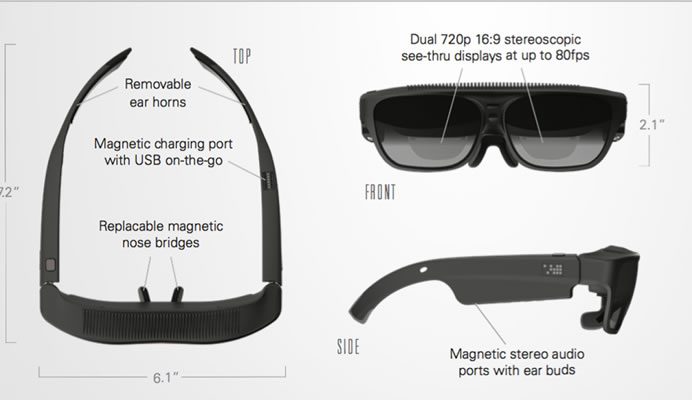 R-8 brings the power of mobile virtual computing to consumers. With a greater than 40˚ FOV and HD resolution, innovative consumers can access the familiarity of movies, sports, gaming, navigation and education experiences but on smartglasses that are lighter, smaller and sleeker than any other device in ODG’s portfolio. R-8 offers the same private screen that floats in your view, wherever you are and however you are moving, with the added dimension of AR, VR and Mixed Reality overlays for a richer computing experience. 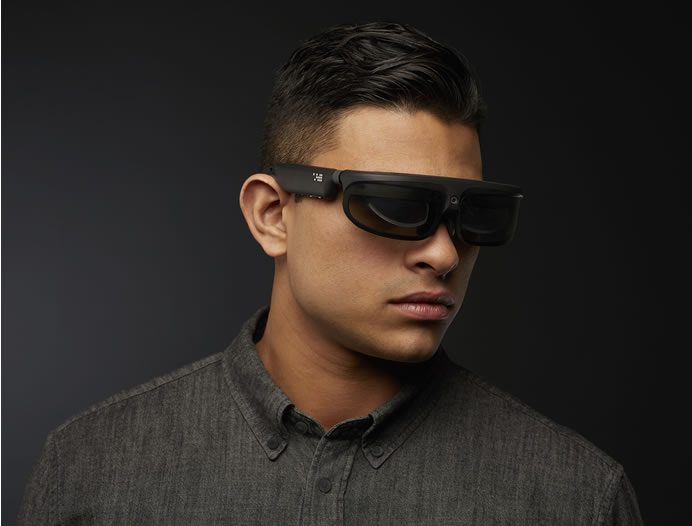 R-9 is based on ODG’s award-winning 50° FOV and 1080p Project Horizon platform, and is a winner in three CES Innovation Award categories.Targeted to a variety of WFOV experiences from light enterprise to prosumer mobile media consumption, it is also a development platform for sophisticated mobile AR/VR and smartglasses applications. 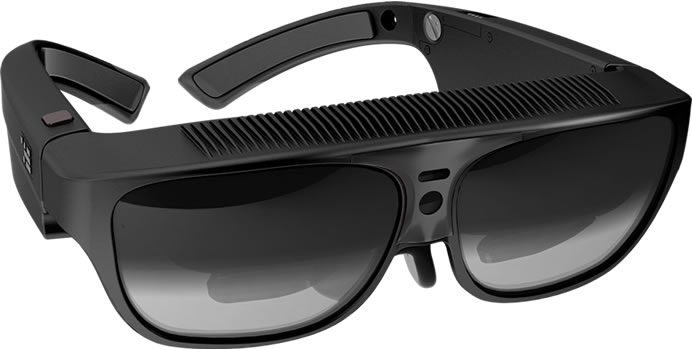