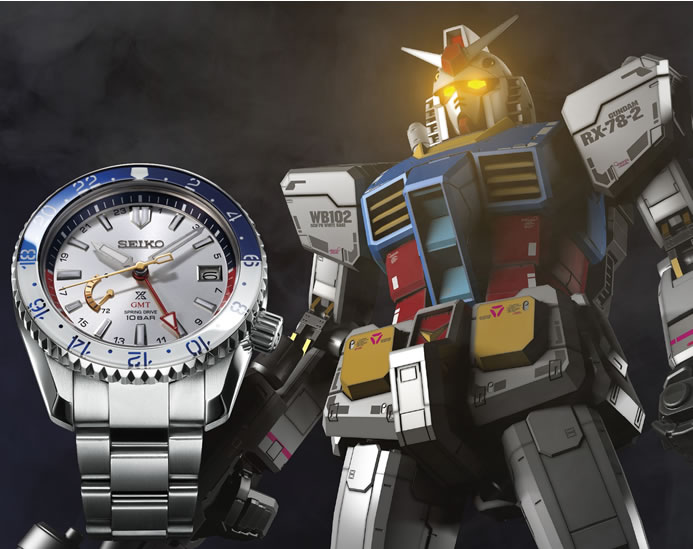 To be released in a batch of 30 watches on Aug 9, the lead watch of the series is fittingly based off of the RX-78-2 Gundam mobile suit, and is done up in its classic color scheme. The watch also displays the Earth Federation Forces mark, and the watch’s 12 is designed to resemble the suit’s head sensor unit. The limited edition watch will be available for approximately 630,000 yen ($5660). 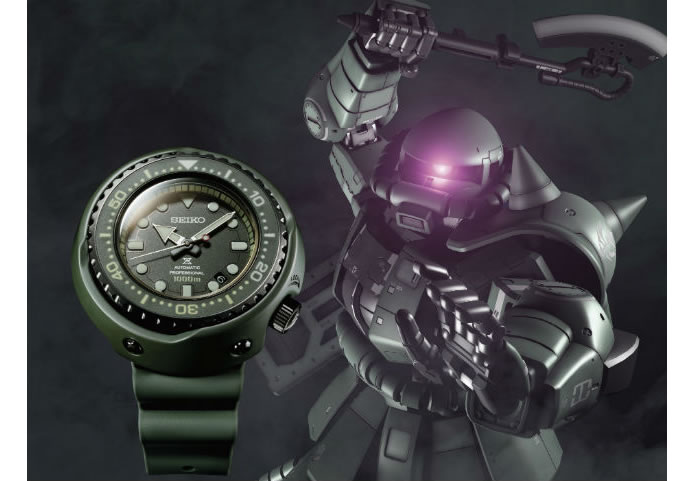 The second watch in the series, the Zaku II features its anime counterpart’s dark military green color scheme, as well a glowing pink circle reminiscent of the Zaku II’s cyclopedia eye. It’ll be mass produced in batches of 1,000 units and will be available in April 12 for 400,000 yen ($3595). 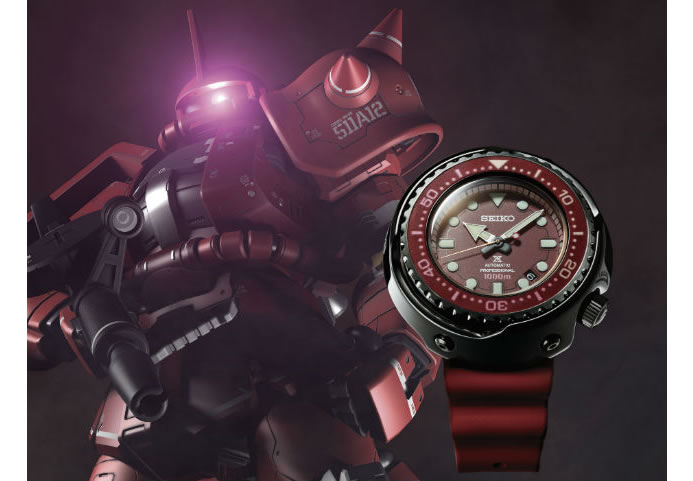 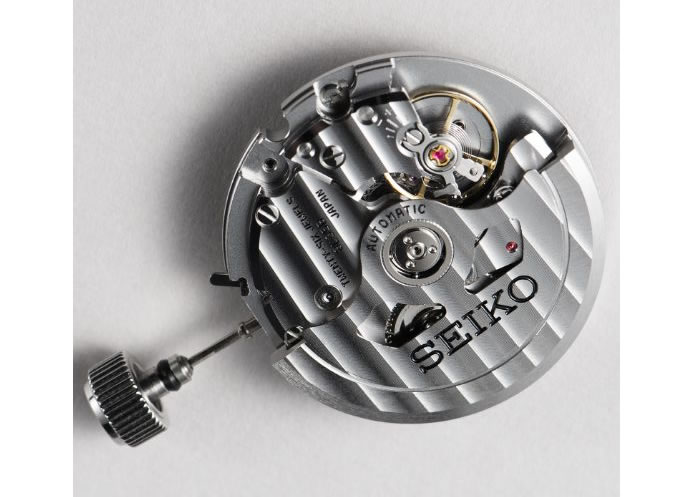