Veldt from Japan which offers wearable technology products and services will begin to take pre-orders for their original smartwatch Serendipity, capable of wireless connection to smartphones, starting from June 23, 2014. Actual delivery of products is scheduled to begin from December 2014 for Japanese, US and European markets. The watch will initially come with a taxi allocation service (limited to Tokyo), partnering with Nihon Kotsu, the largest taxi service operator headquartered in Tokyo, Japan. Finely polished stainless-steel makes up the front body of the VELDT SERENDIPITY. The analog face of the watch is uniquely enhanced with Vivid Loop, a ring of LED lights embedded into the chicly designed face.

The colors of the LED ring such as SAKURA and KONPEKI were selected from traditional colors in the Japanese culture. Depending on the angle, the color shades of the LED lights give out a different impression. The high-end Serendipity smartwatch model R comes with a 3-dimensional face design which reflects the lights from the LED, giving the watch a distinct look. Shielding the watch face from the elements is a subtly curved sapphire crystal cover, amplifying the brilliance of the LED lights. Functionality and beauty were meticulously pursued by VELDT in designing this watch 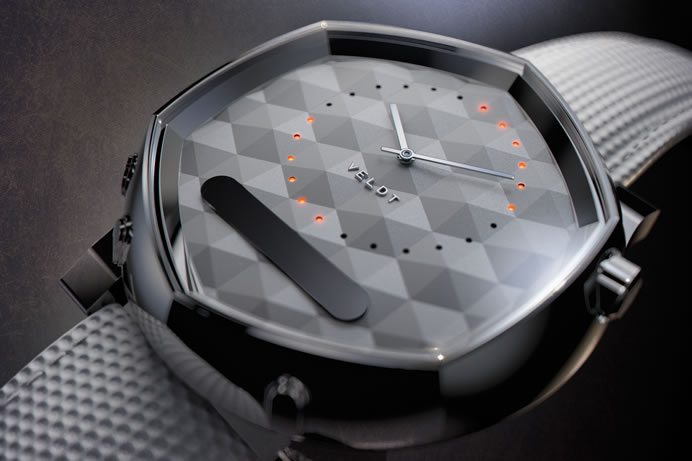